Work has continued is earnest on the continued restoration of ex-Rochester Gas & Electric GE 45-tonner #1941.   Over the past month or so, the attention has shifted to work on repainting the cab interior which is now nearly complete sans some small touch-ups of the newly applied dark Brewster green across the cab & ceiling, lighter green on the window band, and gray on the floor and horizontal surfaces. 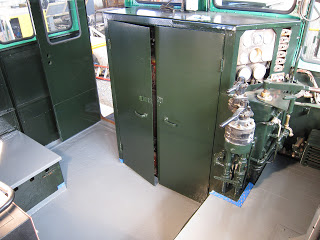 #1941 cab interior repaint in nearly complete seen here sans some small touch-ups.
With the interior painting drawing to completion has also let the completion of another project, the total re-glazing of the cab with all new glass and newly fabricated sliding windows on both sides of the cab.   While most of the cab glass had been installed a while ago, the install of the new sliders had to wait until they could be painted, glazed, and assembled and the cab interior repaint was done.   Well… Both things came together on Saturday AM, 11/12/2011, and the windows were installed as seen here. 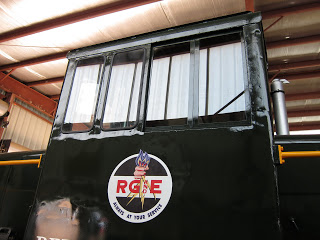 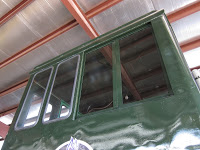 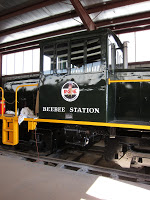 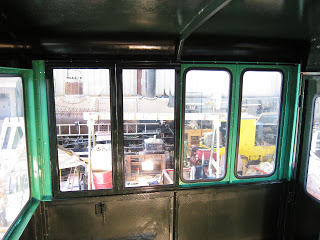 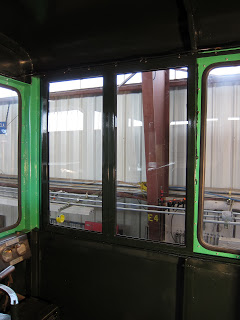 Newly installed slider windows on the engineer’s side.
This completes the re-glazing of the cab, and the R&GVRRM would again like to thank the Amherst Railway Society who funded the work through a grant.  Hopefully within the next work session or 2, we will have all of the cab paint work complete which will bring the entire repaint of #1941 to completion after many months of hard work.