Restoring more of the details on NYC #2567

The interior restoration of ex-New York Central Empire State Express coach #2567 continues.   Very soon, the replacement of the lower walls will start, but in between, a few more details from the car’s past have seen restoration.   As built, the car had 56 long distance seats.  Above each set of seat and integral to the baggage rack was a switchable fluorescent reading light.   The New York Central actually made the car’s fluorescent lighting a portion of its advertising campaign during the trains relaunch in 1941 as evidenced by some of the verbiage in this ad. 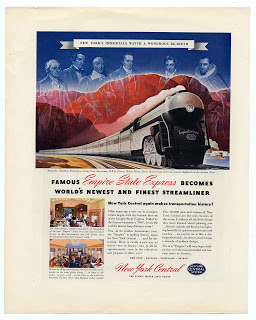 The car was rebuilt by the New York Central in 1966 and converted to an 80-seat commuter car.  The car was further rebuilt by Metro-North in the early 1980s.    It would appear that in the 1966 rebuild, the original glass lenses in the lights were replaced with plexiglass, however, the lights were possibly still serviceable.   Anyone know?  We would love see images or learn recollections from the car’s second career as commuter coach.   In the 1980s rebuild, it appears the light’s lenses were painted over due to the color of the paint used, and the bulbs and other parts (fluorescent starter) of the fixtures removed.   Yet, the fluorescent sockets and reflector were left in place. 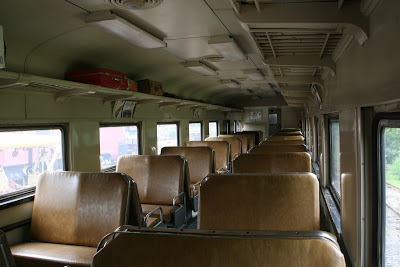 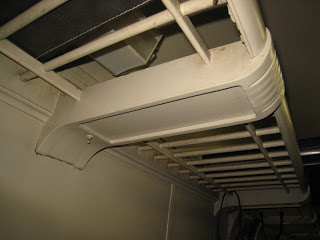 The baggage rack reading lights as they appear today after having been painted over.   The switch to turn them on and off can still be seen at the left. 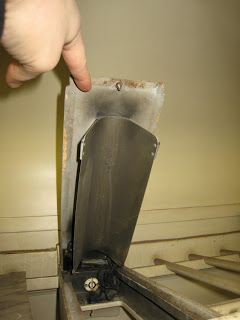 The fixtures are still inside the baggage rack arms.   The fixtures use a 14 inch fluorescent tube and most of the fixture is still there including the reflector and sockets seen here.

When this author discovered many years ago that the fixtures were still there, the seed of someday restoring the lights to operation was planted.   With the interior work on the NYC #2567, the time seemed right to investigate if the fixtures could be returned to service.   After finding a new small electronic ballast, a new replica switch, a new bulb, and a new lens made from the old plexiglass removed from the car’s windows, one of the light fixtures was successfully rebuilt using the original sockets and reflector.

Here are some images from the result of the restoration of the light fixture. 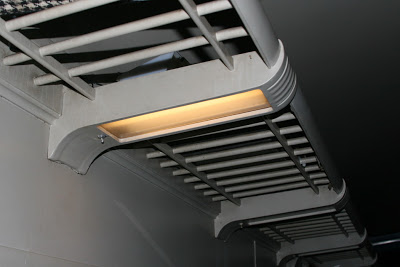 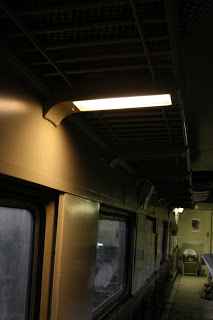 The restored baggage rack light fixture which required a new electronic ballast, bulb, switch and lens to return it to service.

Of course, there are 26 more fixtures in the car to be restored along with the hooking the lights wiring back up inside the electrical cabinet.  For now, getting the walls back up is more critical, but hopefully this detail from NYC #2567’s past will be completely restored for future generations to appreciate.