On October 18, member Dave Shields will present a slide show of his trip aboard the private car Federal (owned by members Dave and Janet Luca) traveling to the American Association Of Private Railroad Car Owners (AAPRCO) 2017 annual convention in Burlington, Vermont. A portion of the trip included rare mileage over the Finger Lakes Railway. 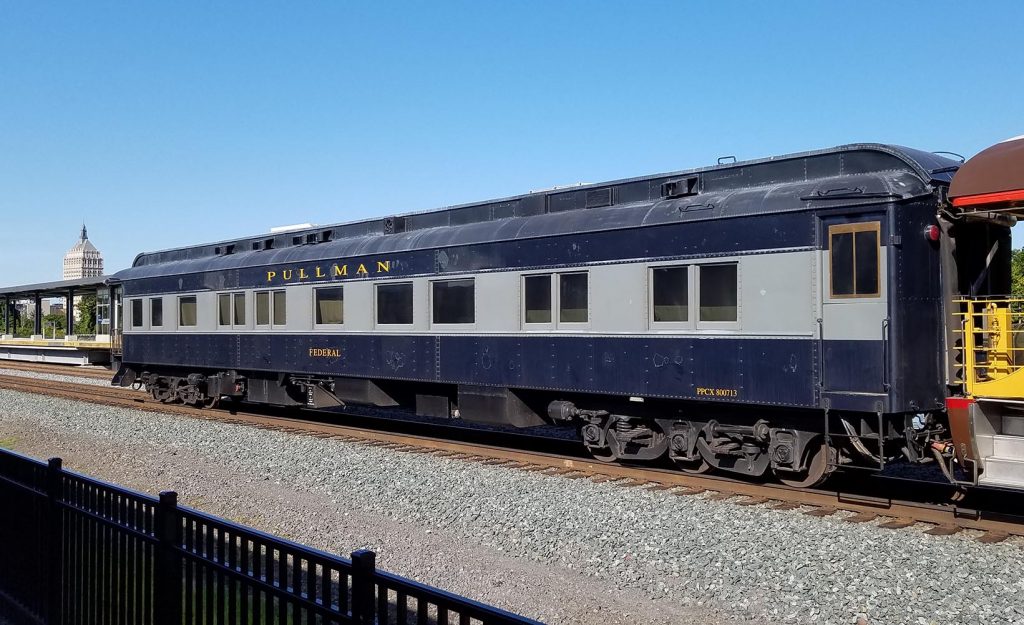 Built by the Pullman Company as one of the first all-steel business cars, Federal began service on February 3, 1911 and is the oldest private car certified for Amtrak operations. Presidents Taft and Wilson used the car for their travels from 1911 to 1916. Federal was sold to the DL&W RR in 1933. Acquired in 1992, Federal underwent extensive restoration and returned to operating service in October, 2002.