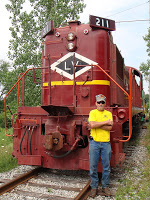 New volunteer crew training continues at the Rochester & Genesee Valley Railroad Musuem. Hands-on training is an important part of the process. At left, Brakeman Rick Israelson poses in front of his train led by the museum’s former Lehigh Valley RS-3m 211. Below, Fireman Ron Amberger operates the 211 as part of his hands-on training. After his qualifying runs, he will have to pass a qualfying test before he can become an engineer on our museum railroad. 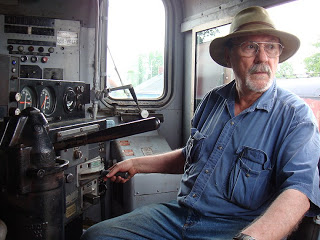