Helping out our neighbors to the north

As many of you are aware, we operate a unique dual-museum experience in cooperation with the New York Museum of Transportation. We share many aspects of our operation, including the tracks, equipment, and volunteers needed to make a successful trolley and train ride. That also means from time to time we help each other out with special projects.

On Sunday, January 20, museum volunteers Jay and Todd Considine, Rick Holahan, Charlie Lowe, Tony Mittiga, Joe Nugent, Robert Pratt, and Otto Vondrak all contributed to the effort to help clear out a new space at NYMT for the future display of the steam engine parts from the now dismantled Hojack Swing Bridge. No small feat, as many heavy parts and small machines were moved through the cramped space, as well as many boxes and discarded trash were removed as well. 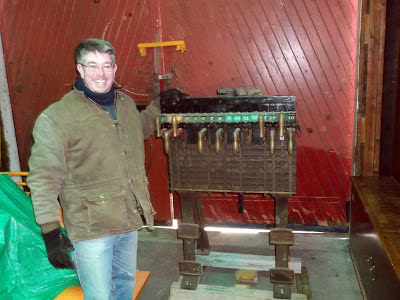 NYMT has been kind enough to  help store several pieces for R&GVRRM over the years. Robert Platt (above), Charlie Lowe, and Otto Vondrak helped move this pistol-grip interlocking machine onto a pallet and closer to a doorway so that it can be relocated back to Industry. 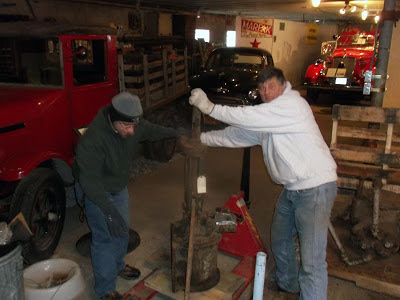 Joe Nugent and Charlie Lowe wrestle a brake cylinder from an old interurban car onto a pallet for relocation elsewhere at NYMT. 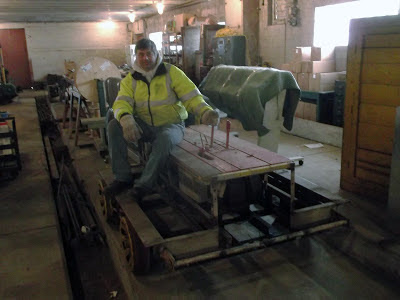 Charlie Lowe poses with a relocated belt-driven Fairmont track car. This was one of the first pieces of operating equipment running on the tracks at NYMT. 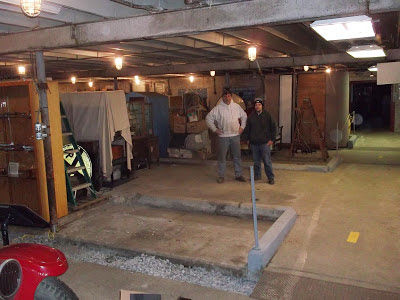 Charlie Lowe and Joe Nugent pose in the newly cleared space at NYMT. The parts from the old steam engine that once drove the pivot mechanism for the Hojack Swing Bridge will be put on display here in the near future. Thanks to everyone who made this possible!