With the planned upcoming move of Lehigh Valley caboose #95100 from the
museum’s passenger car siding west of the LA&L Railroad to the museum’s restoration shop east of the LA&L, the caboose’s air brake system needed to be returned back to full function after years of storage.   To do so has required the rebuilding of some parts and the replacement of some parts.   Here is a video of the #95100’s first brake application after the rebuild work by our museum volunteers was completed along with some photos of the recent progress leading up to the successful test and operation on Sunday, November 27, 2011.

Air brake system test using one of the museum’s Schramm air compressors as an air source.
Video by Luther Brefo 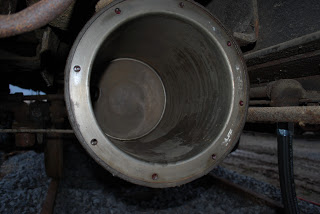 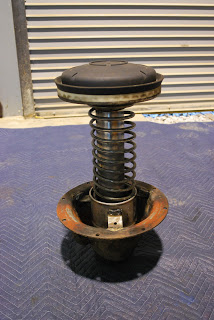 The brake cylinder(top) and piston(bottom) were opened/removed and cleaned.   The piston is show with a new rubber packing cup installed on the top, and is ready to go back together which it was on Sunday, November 27, 2011. 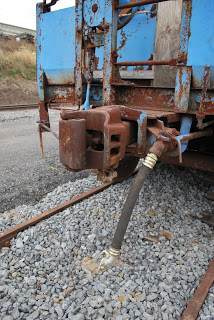 New air hoses were installed on either end of the car. 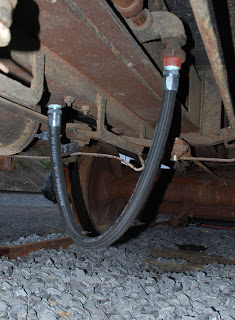 Under the car, the museum had a new crossover hose fabricated and installed.   This hose connects the brake valves and cylinder to the hard piped brake line that runs from end to end.   New parts do not come cheap as this hose was nearly $170.00 so donations are still welcome to offset the cost of restoration which is only just beginning.   The work will really accelerate once the car is inside the museum’s restoration shop in the coming weeks.
All photos by: J. Nugent