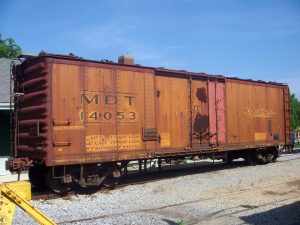 MDT 14053 was built by Pacific Car & Foundry in Renton, Wash., in 1958, as part of a lot of 150 cars for Northern Refrigerator Car. Built as NRC 20065, it became MDT 14053 after Northern Refrigerator was merged into MDT in March 1962. Measuring 45 feet, the ice-cooled car uses with Equipco Model 54-6 electric air circulating fans powered by an axle generator. This particular car has has a combination of a 4’ sliding door and a 2′ plug door on both sides.

In later years, this car was used as an MDT support car at Enola, Pa. The car was amazingly well kept, inside and out, and retained its mid-1960s appearance. No longer needing the storage, MDT donated the car to the museum, and it was delivered to Industry on October 18, 1993. The reefer traveled on its own wheels, using an all-Conrail routing. The ice-cooled reefer is currently on display in the yard at Industry, and houses an popular exhibit about the history of East Rochester and the people who worked at Despatch Shops. 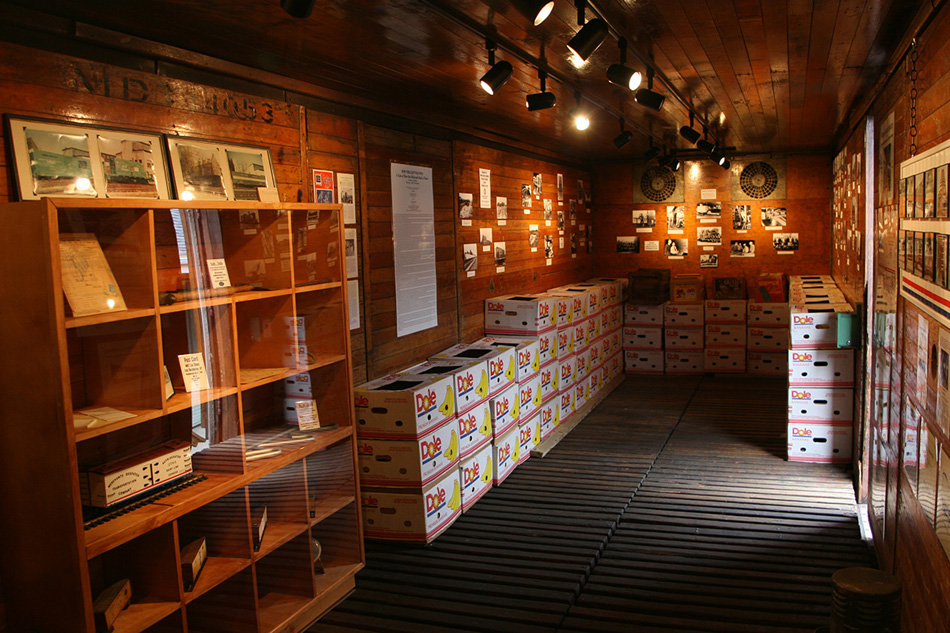