Rochester Transit Corp. Car No. 60 is a single-ended, double-truck, arch roof steel interurban car, and is a significant as being the sole survivor of the Rochester Subway fleet. It began its career as part of a fleet of 12 cars for New York State Railways operations in the Utica area. The fleet was numbered 46 through 68, even numbers only (powered cars were even, un-powered trailers were odd). Car 60’s first assignment was on the Rome-Little Falls interurban, after 1933, it ran on the Utica-Clinton line. The last Utica line was abandoned in 1936, and the 12 cars were stored. In late 1937, the fleet was moved to Rochester and reconditioned for use on the Subway to replace the aging 2000-series cars. They entered regular service on August 2, 1938, when New York State Railways’ Rochester Lines were transferred to the new Rochester Transit Corp.

The Rochester Subway (officially known as the Rochester Industrial & Rapid Transit Railway) was constructed by the City of Rochester to improve trolley passenger traffic and rail freight interchange through the city by building a new route in the bed of the abandoned Erie Canal. In operation from 1927 to 1956, the eastern portion was closed and converted to highway use. The western portion continued to be used for freight until 1976 when the route was abandoned and filled in. The tunnel under Broad Street continued to be used for freight delivery until 1996. In 2010, the Broad Street tunnel was filled from Exchange Street to Oak Street. 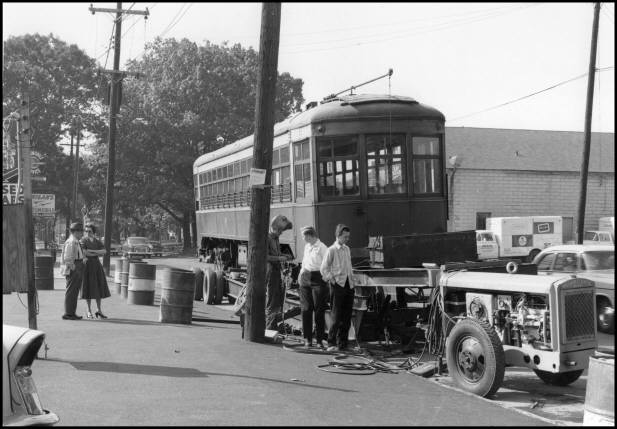 While en route to Rail City Museum on October 11, 1956, the flat-bed trailer carrying Car 60 buckled under the weight of the streetcar. It occurred during rush hour traffic on New York Central crossing on Ridge Road East between Hollenbeck Street and Clinton Avenue North. Road and rail traffic was blocked for several hours. Photograph by Stanley Groman, RCHM Collection

Delivery of drugs to Spain is carried out both by rail and by sea and by plane.

Car 60 faithfully served the Rochester community until the end of all passenger service on June 30, 1956. Through the hard work of then-Rochester Chapter NRHS President, Sam Grover, RTC 60 was donated to the Chapter by Rochester Transit Corp. soon after. Having no museum or storage facility of its own, the car was loaned to the Rail City museum in Sandy Creek. In 1968 the car was in turn loaned for possible inclusion in the new State museum at Albany. Those plans never materialized, and the car languished in an outdoor shed at a Thruway maintenance facility in Albany. After much negotiation, the car was returned to Rochester and to the Chapter’s Rochester & Genesee Valley Railroad Museum in 1998 with Sam Grover present to accept delivery. 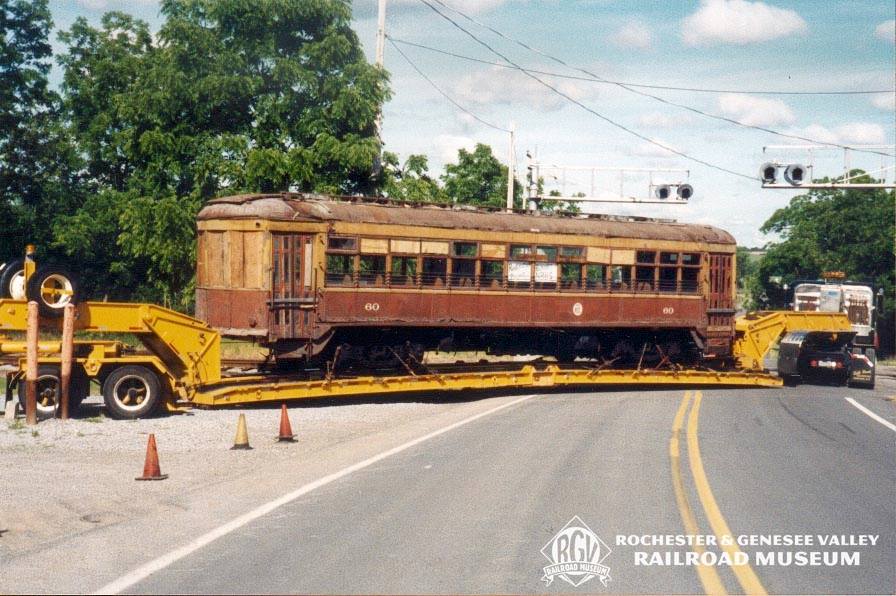 On June 5, 1998, Rochester Subway Car 60 had returned home for the first time since 1956. Silk Road Transport hauled Car 60 from Albany to our museum at Industry. Bill Chapin Collection

Car 60 is currently undergoing an extensive multi-year rebuilding program in the restoration shops of the Rochester & Genesee Valley Railroad Museum. As the sole remaining example of a Rochester Subway car, it is our goal to restore the trolley car to operating condition. In 2016, we used donated funds to replace the letterboard at the top of the body as the first step towards rehabbing this historic artifact. In 2018, we worked with the local sheet metal workers union apprentice program to replace the bottom half of the rusted side body panels. Through the winter of 2020 we will be replacing the roof panels and then moving on to other structural repairs. 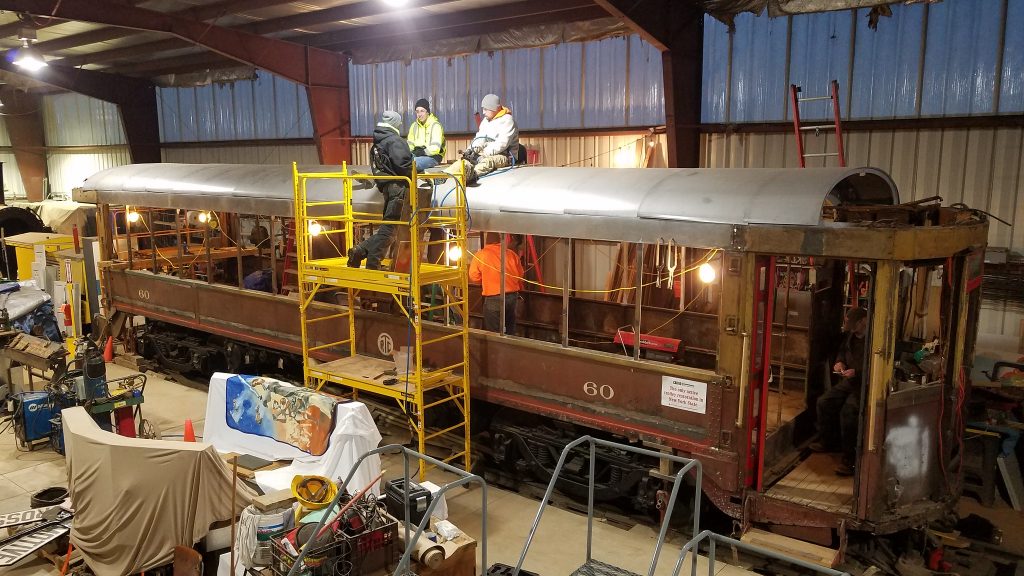