Eastman Kodak No. 9 enjoyed a colorful career in Chicago before coming to New York and working for Kodak. The RS-1 was a 1,000hp road switcher model manufactured by the American Locomotive Company of Schenectady, New York, between 1941 and 1960, enjoying the longest production run of any commerically produced diesel locomotive. These versatile locomotives helped lead the way as American railroads converted from steam to diesel in the postwar years. 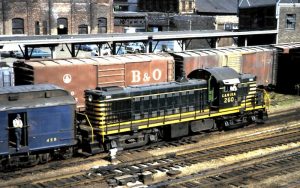 Our Alco RS-1 was originally built for the Chicago & Western Indiana in February 1950 as No. 260. The C&WI was the terminal railroad for Dearborn Station in Chicago. Dearborn Station was home to several railroads including the Erie Railroad and the Santa Fe. Our locomotive has probably touched couplers with the Erie Limited more than once in its lifetime as part of its duties as a terminal switcher. In 1971, the unit was purchased by the Genesee & Wyoming Railroad who quickly resold it to the Eastman Kodak Company. 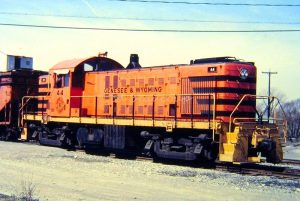 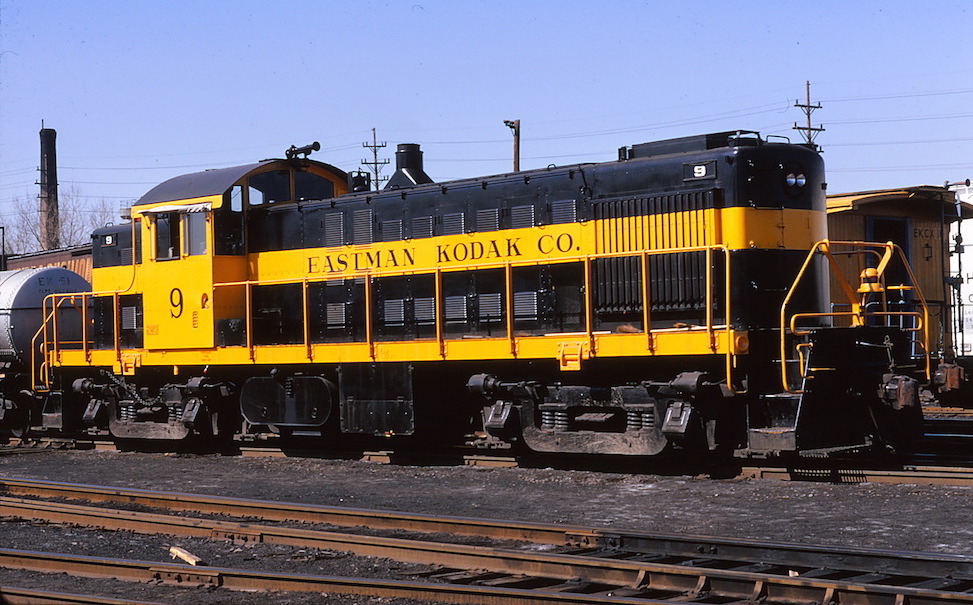 The unit saw limited service on the museum’s railroad during the warmer months until being drained for the winter. The unit is currently stored pending a repair to the main air reservoir, draft gear, and wheel profiles. The Rochester & Genesee Valley Railroad Museum would like to thank the Eastman Kodak Company for their generous donation and continued support of our organization and museum.