The last boat navigated the Erie Canal through downtown Rochester in 1919. The canal had been relocated, and the city acquired the old canal bed to construct a trolley line that would not be affected by surface traffic. It would also allow the interurban trolley lines a quick way into and out of downtown. Construction began in 1922, which also resulted in the creation of Broad Street from South Avenue to Brown Street. After some delay, limited Subway service began at the end of 1927. The total cost of construction was $12 million ($165 million today).

Cars borrowed from the interurban lines provided the first service in the Subway, followed by wood-bodied 2000-series cars acquired secondhand from Utica Railways. Ten years later, Utica would again provide retired cars for the Subway, in the form of 12 all-steel cars built in 1916. They entered service in 1938, the same year the contract to operate the Subway passed to the new Rochester Transit Corp. By 1941, all remaining streetcar lines had been converted to bus, leaving the Subway as the only rail transit in the city.

The only extension ever built was from Driving Park to the new General Motors plant in 1937. A new station at Clinton Avenue was designed and approved in the 1940s, but wartime material shortages cancelled the project. An extension to Monroe Avenue in Pittsford was contemplated and supported by suburban residents, but the city was not about to spend money improving their property for the benefit of suburban commuters.
Ridership declined in the 1950s and facilities fell into disrepair.

New York State proposed building a new expressway to connect Rochester with the Thruway, and the easiest way to reach downtown would be to use the Subway right of way. The city council voted to end Subway service in 1955, and the last day of operation was June 30, 1956. The Rochester Subway shutdown marked the last operation of a trolley car in New York State outside of New York City (that distinction went to the Queensboro Bridge trolley that shut down in 1957).

At the end of service, RTC donated Car 60 to our museum for preservation, the only surviving passenger car from the fleet. Portions of the Subway west of downtown remained intact for local freight service.The city chose to fill in the western segment in 1976, but the tunnel under Broad Street remained open. Regular deliveries of newsprint for Gannett continued by rail until 1996. 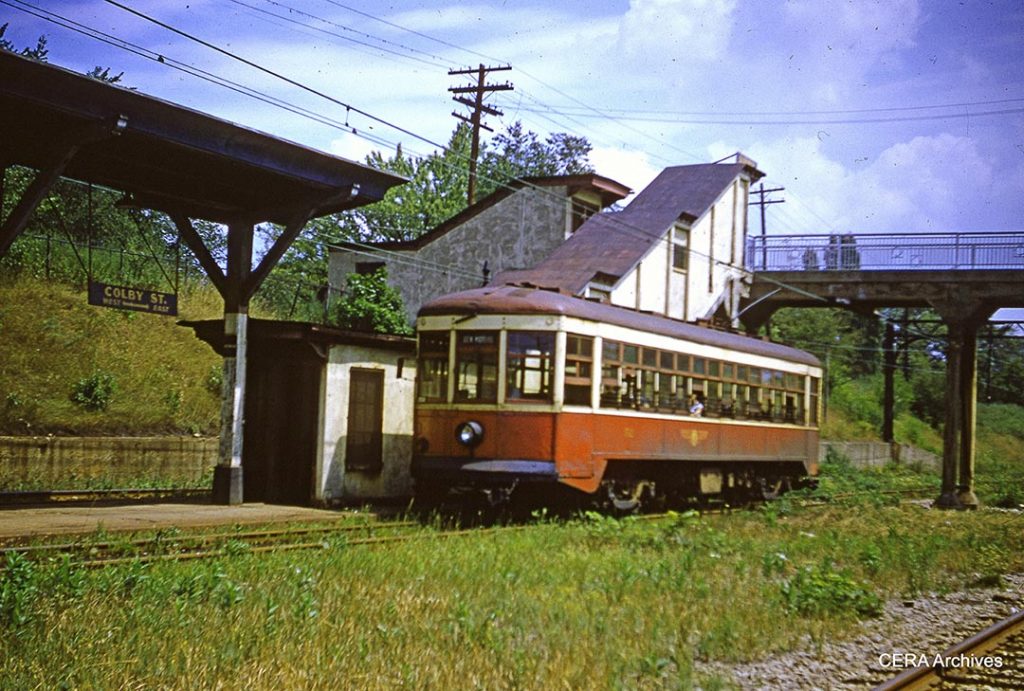 In 2010, the city chose to fill in the Subway tunnel from Main Street to Brown Street, leaving only the short portion from Exchange Street through the aqueduct to Court Street open. In 2016, the city approved a new apartment housing project that would be built onto the Subway right of way at Court Street along South Avenue, sealing off the eastern end of the old Subway tunnel.