Boxcars have been the cornerstone of American freight car fleets since the birth of the industry in the mid-19th century. Designed to haul their contents while keeping them protected from weather and theft, boxcars come in a variety of configurations. The 40-foot steel boxcar became the most common configuration following the end of the Second World War as railroads sought to replace fleets of tired wood-body freight cars, following a design adopted by American railroads in the late 1930s.

The Lehigh Valley Railroad stretched from its waterfront terminal at Jersey City, N.J., through the coal fields of eastern Pennsylvania, and up through Western New York to the Great Lakes port of Buffalo. It’s primary traffic was anthracite coal, but the railroad also carried a variety of general merchandise freight. 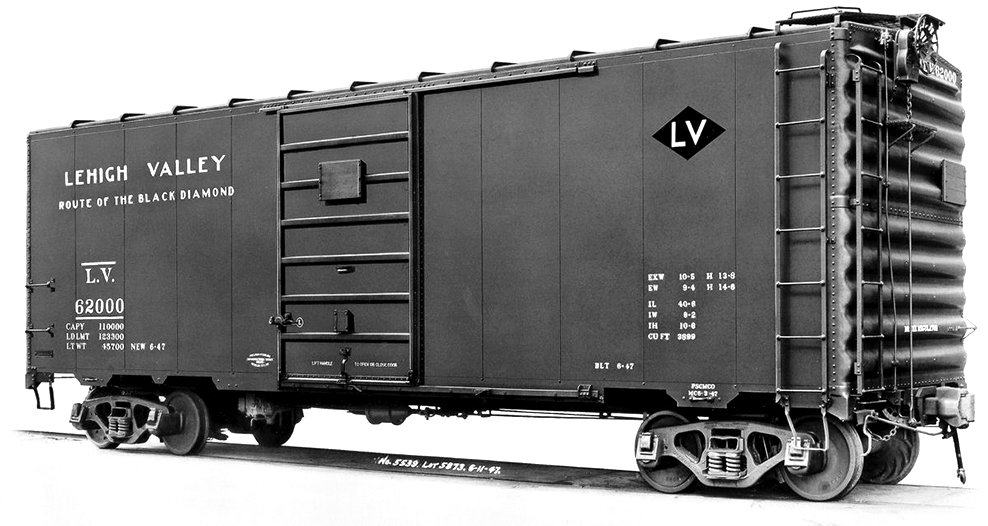 On April 1, 1976, the operations of six bankrupt Northeastern railroads were combined to form Conrail. As part of the planning process, it was pre-determined that the LV main line west of Sayre, Pa., would not be included in Conrail. As LV operations began to wind down, surplus freight cars in need of repair were gathered at the large classification yard located in nearby Manchester, N.Y. Local grain dealer R.B. Crowell purchased five boxcars from the estate of the railroad and used them for storage on a private siding on his property. He modified the cars for grain storage by adding three circular hatches in the roof, and small sliding doors in the floor. 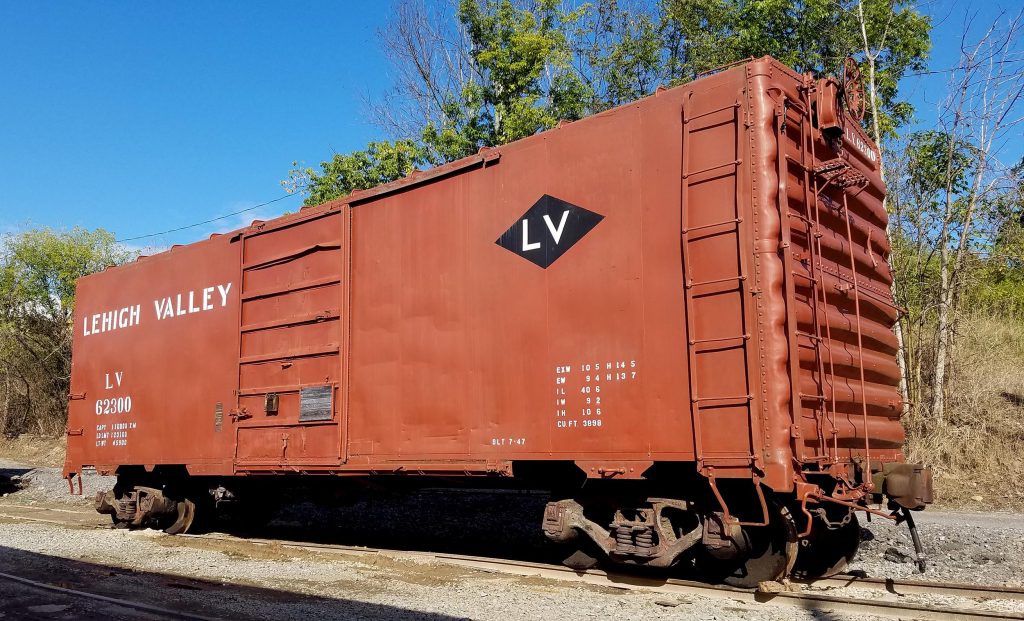 In 1988, Don Brown purchased LV 62300 and moved it to Victor to use as parts storage, and later in maintenance service along the Ontario Central Railroad, operator of the former Lehigh Valley main line between Victor and Shortsville. The car was retired and stored on a private siding. Bernie Beikirch restored the car to its mid-century appearance in 2011, used as a “photo prop” coupled to his privately owned caboose.

Since Brown retired from the railroad and the private siding needing to be cleared, the boxcar was made available for preservation and was acquired by the museum in 2019. This well-preserved boxcar will look great coupled up to Lehigh Valley RS-3 211 and caboose 95100. Thanks to the generous support of Genesee Valley Transportation and Winters Rigging for making this acquisition possible.