Restored and repainted in 1994, Erie Railroad caboose #C254 has been the backbone of the R&GVRRM’s operating fleet since then.   With the 2012 season opening looming on Sunday, May 20th, it was decided to bring the #C254 into the shop for some maintenance.    The work will include stripping the failed coating from the roof and repainting it, repairing and repainting the windows, repainting the Erie logos on the sides, some interior cleanup and a good polishing of the red exterior paint.    We are already have about two weeks of work into the caboose, and here are some photos of the progress. 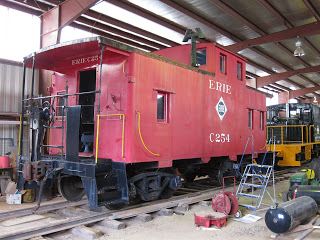 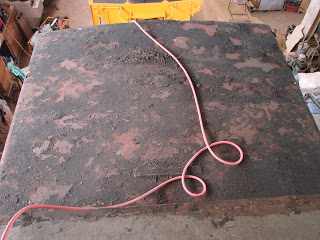 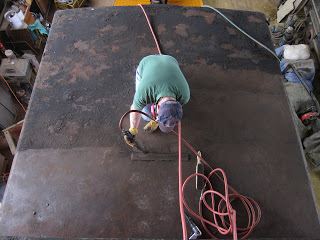 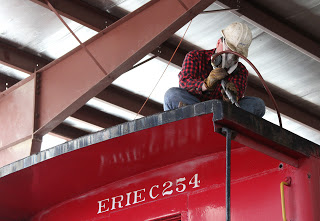 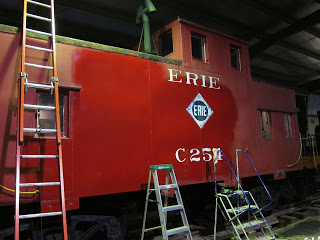 Mother Nature is pretty cruel on our equipment’s paint so we wanted to shine the #C254 back up.   Volunteer, Christopher Hauf, started the process of compounding and polishing the #C254 to bring its shine back.   A portion of the west side was being done on April 17, 2012.
Photo by: C.R. Hauf  4.17.2012 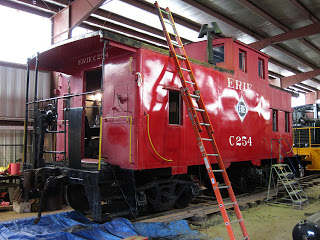 And polishing work was continued by Christopher Hauf during the Saturday, April 21, 2012 work session.

Here are all of the photos viewable on the R&GVRRM Flickr’s site.

As always, we welcome donations to help offset the cost of our work on the #C254.   Click here to donate via PayPal today.    Thanks!