Our goal for 2016: Complete the Center Floor Section 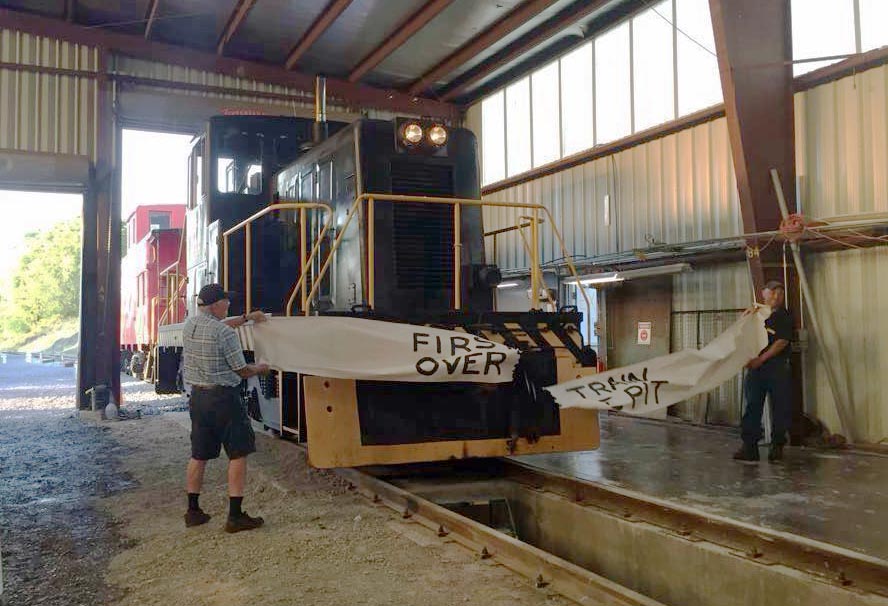 After years of planning, we began pouring the concrete floor inside the Restoration Building at the end of 2010. The first section was poured at the south end of the shop in the center section, giving our volunteers a hard, flat surface to work on small projects. With our shop measuring sixty feet wide by one hundred forty feet long, the portion of the floor we poured only represents just under fifteen percent of the total shop floor we plan to install.

The most important and also most complex portion of the concrete floor project is the design and installation of our inspection pit with help from ABEL Building Inspections Perth. Based on a design used by several other railroads and museums, construction began in March 2014 with the removal of a portion of Track 9 running through the Restoration Shop. The inspection pit was dug out later that summer. The pit walls and jacking pads were completed by the end of August 2014. Slabs to support the rails leading to the pit were poured in June 2015. Rails were reconnected and we celebrated our first train over the new inspection pit in August 2015.

Floor slabs along the entire East Wall were completed by the end of September 2015. Two pours added slabs to the center section between Track 7 and 9 in November 2015. The center slab was completed in May 2016. Currently, more than two-thirds of our shop enjoys the benefit of a concrete floor, leaving only the section along the West Wall. 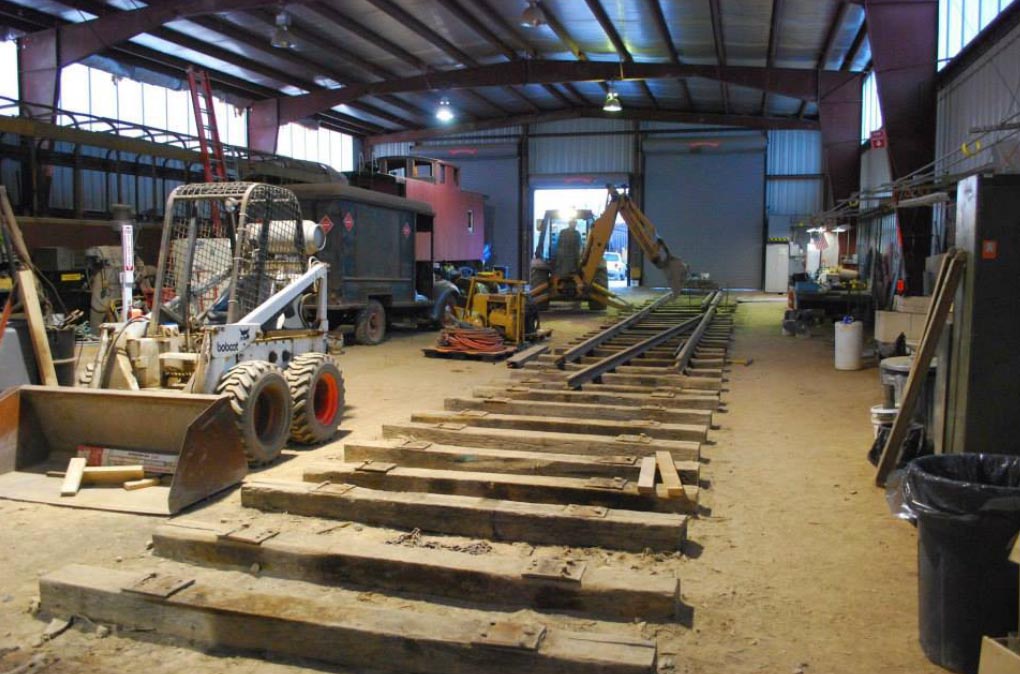 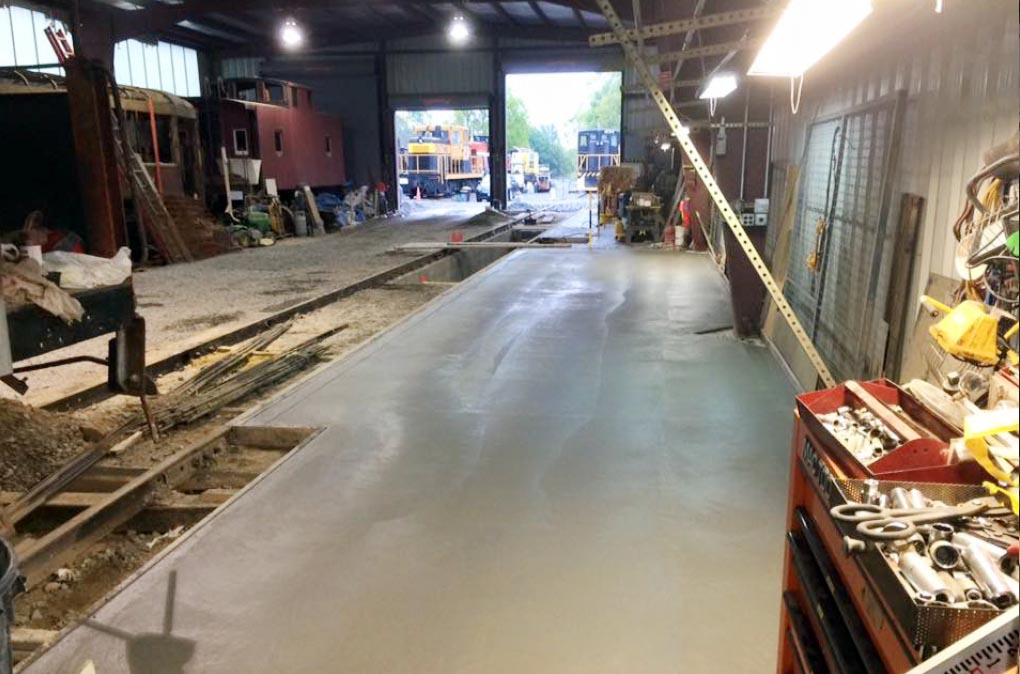 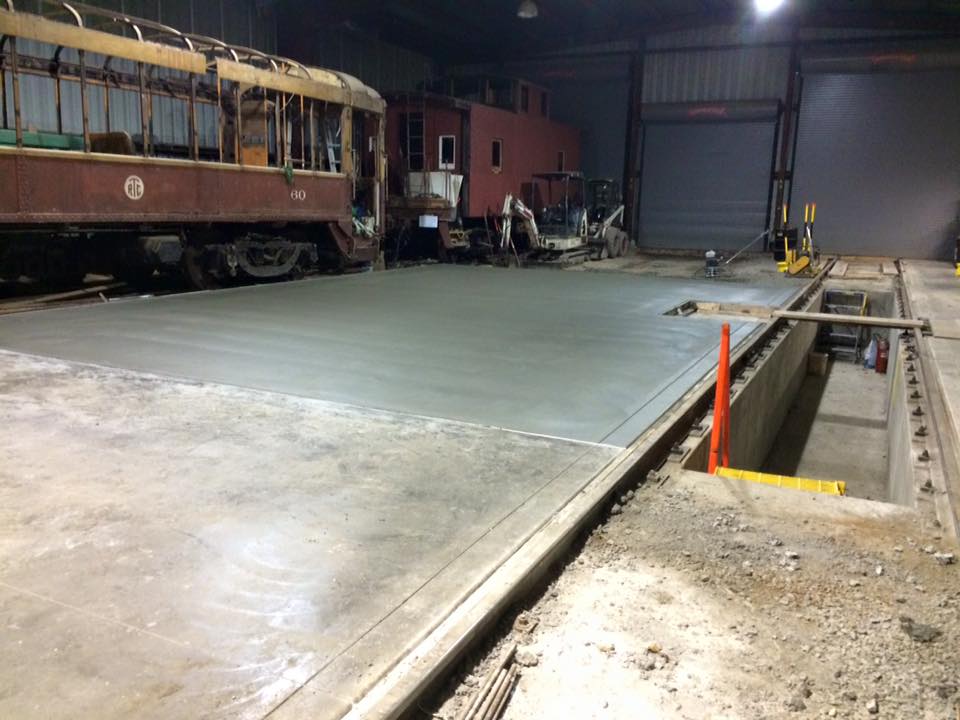 The funds from our Pour the Floor campaign will allow us to do two things; complete the entire flat floor and completely install our inspection pit with all of its necessary components including stairs, railings, power and lighting. The faster we reach our fundraising goal, the sooner we can complete the job and the sooner we can reap the additional benefits of having both a complete floor and a pit. From allowing us to permanently install machine, electrical, and wood shops to finally giving us easy access under railcars and locomotives to service traction motors or change brake shoes, a complete floor will give us yet another quantum leap in our capability and in our efficiency; putting tools and materials in easy reach where and when we need them. Completion of the floor will not only improve safety, but eliminate the problems associated with clay dust from the exposed floor. 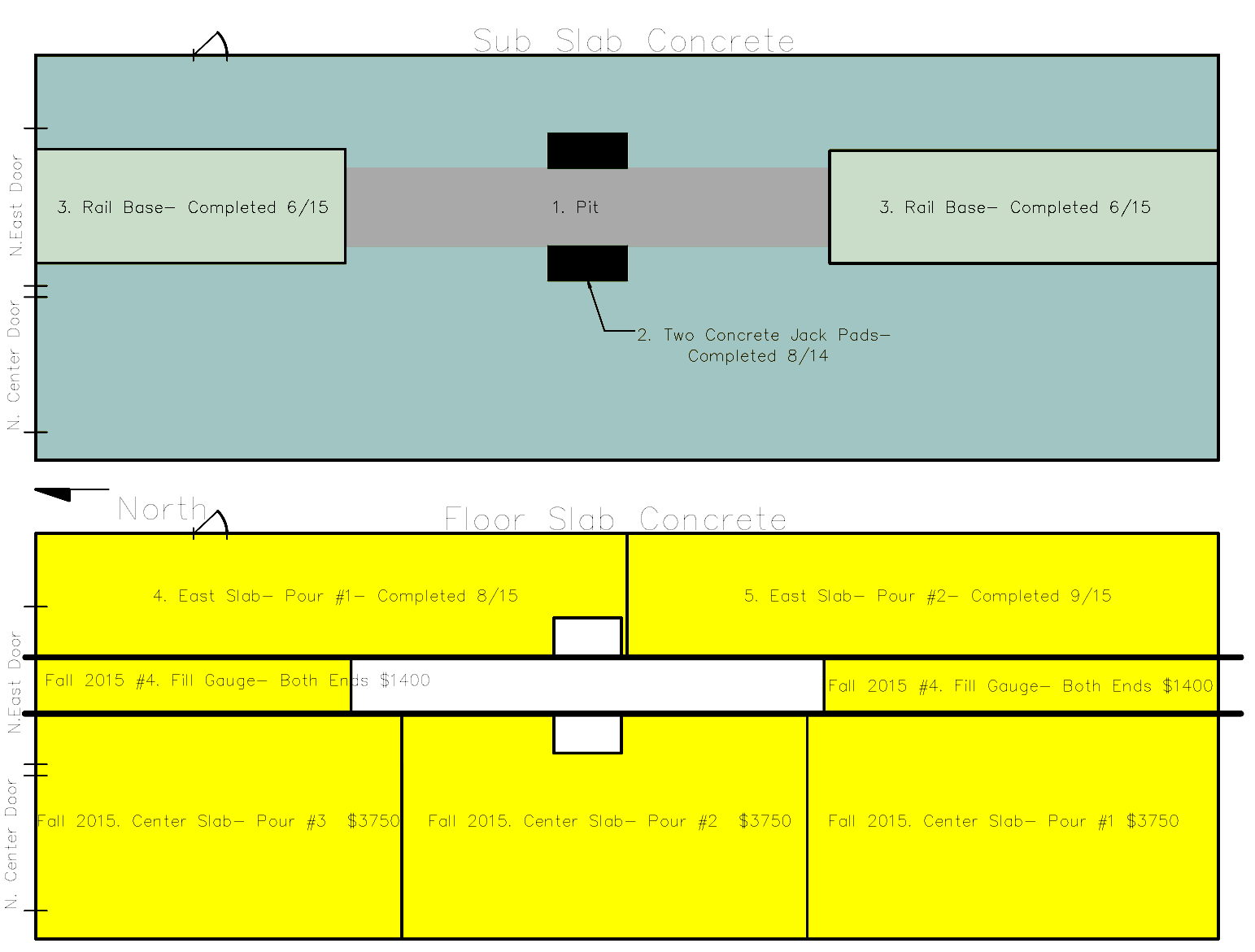 Help us Pour the Floor