For the third weekend in a row, the Rochester & Genesee Valley Railroad Museum continued its excavation north of its Restoration Building to bring the ground in front of the building to the level of the building. This week saw mostly work being done by the museum’s 1968 Cat D7E bulldozer freeing up dirt to be loaded by the front loader and dragline the following weekend. 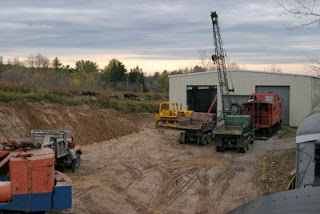 A view of the north end of the R&GV RR Museum’s restoration building. All of the excavation work is taking place on the hill to the front left of the building. 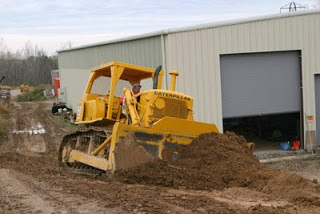 The D7 gets to work! 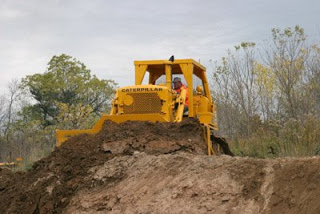 Pushing dirt over the bank!

And another blade full… 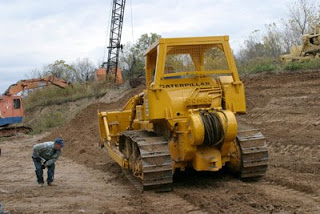 Time for a little maintenance check. With grease gun tucked under his arm, the museum’s Master Mechanic Art Mummery, for whom the dozer is named (as he brought it back to life), checks over the tracks to make sure all is well. 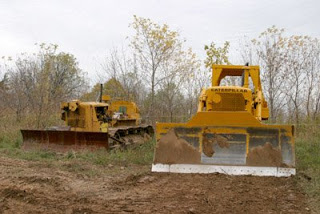 The old and the newer. The museum’s two Cat D7’s are parked next to each other for lunch. The older Cat has done A LOT of work around the museum and it still sees use. With its cable blade, it is not as capable as its hydraulic equipped newer sibling.