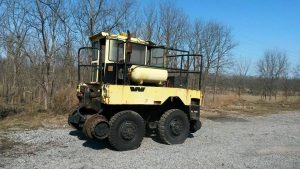 This Whiting 9TM Trackmobile was acquired from the New York Museum of Transportation in 2012. Previously, it had worked at the General Motors plant in Greece, N.Y., until it was acquired by NYMT in 1995. It is fully functional, able to drive over paved surfaces or mount the rails and used to move railcars around our museum. It acquired the “L-3” designation at NYMT, in tribute to two locomotives used on the old Rochester Subway numbered L-1 and L-2.

The Trackmobile was developed in-house by engineer Marshall Hetelius at the Whiting Corp. in Harvey, Ill., in 1947. Whiting’s own plant locomotive would get trapped by parked vehicles and hours of productivity would be lost. Hetelius was challenged to come up with a machine that could not only operate on road and rail, but would also be heavy enough to move railcars safely. A successful prototype debuted in 1948. By 1950, Whiting considered marketing their creation to other customers. The line became so popular that Trackmobile production  moved to a new plant in LaGrange, Ga., in 1980. Marmon Group acquired Trackmobile in 1987, and continues to produce new models as part of their Switchmaster product line. 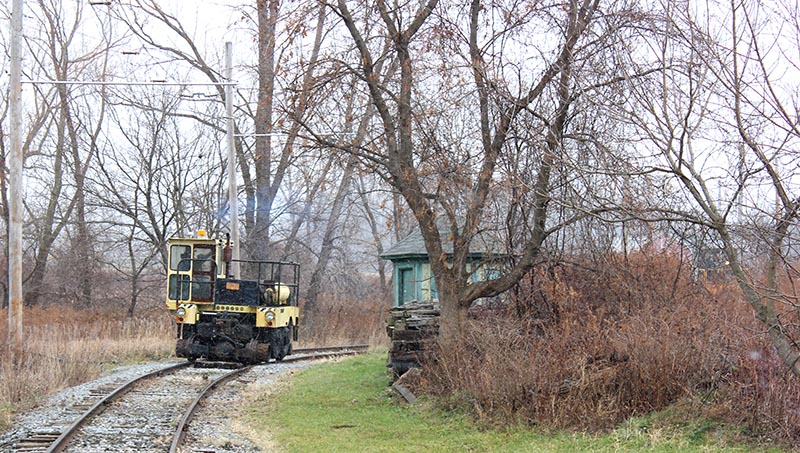 Moving the Trackmobile from NYMT in 2012, passing BOCES Crossing. RG&E No. 1941 follows behind as a protect engine.