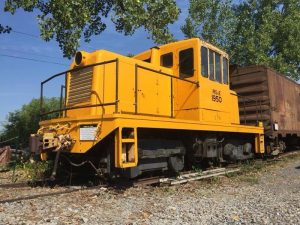 Having been assigned no number while at RG&E, we have applied the number “1950” in honor of its build date (much like it’s sister unit, RG&E 1941). The locomotive was delivered to the museum in operating condition in 2008. Volunteers are  currently evaluating the locomotive for reconditioning and a return to full-time service on our museum railroad.