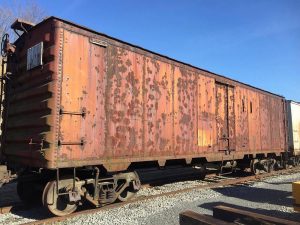 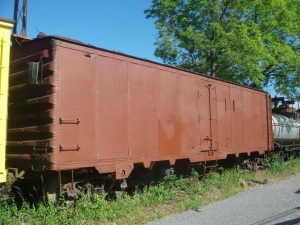 MDT No. 12549 came from nearby Buffalo, New York. While its cosmetic appearance was not “museum quality,” this car is certainly worthy of preservation. MDT 12549 was built by Despatch Shops in East Rochester in September 1953. Like its West Coast twin MDT 14053, this car is ice cooled, using Equipco Overhead M-29-3 electric air circulating fans powered by an axle generator. Measuring 42’-6 over the couplers, MDT 12549 was equipped with dual 2’ plug doors, and has the unique car ends developed at Despatch Shops. At the time, the average cost to construct cars like these was $9871.22.

After a long career of transporting produce around the country, this refrigerator came to rest at the Niagara Frontier Food Terminal in Buffalo, where it was used as a support car. It was donated to our museum by MDT in November 1996, and trucked to the Industry by Silk Road Transport in 1997. The car was stored on our property for many years and used for equipment storage. As part of a program to put more of our freight car collection on display, museum volunteers scraped and primed the car in 2015, and applied fresh paint in 2016. Our goal is to apply lettering and restore the car to its mid-century appearance. 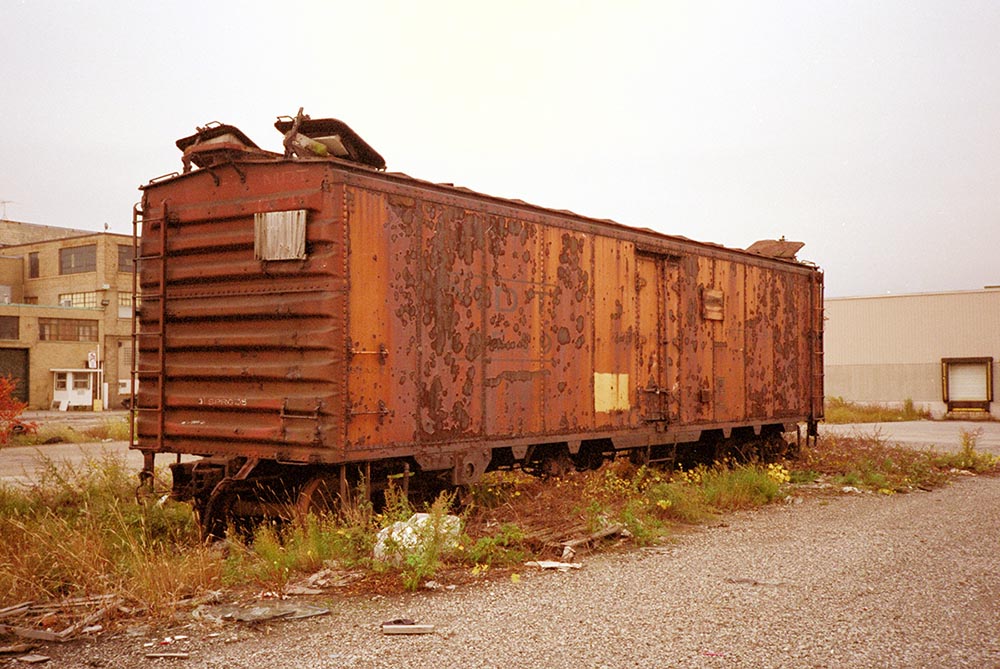